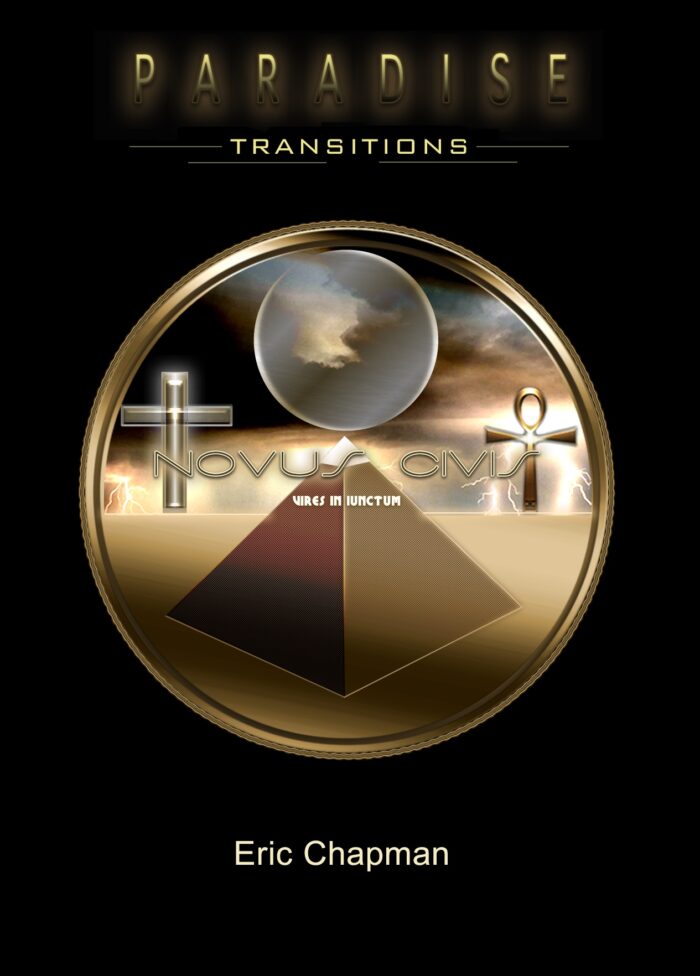 KNOW THAT THIS CITY, AND ALL NEW CITIES THAT FOLLOW ARE DEDICATED TO THE MEMORIES OF OUR MOTHERS, FATHERS, SISTERS AND BROTHERS, AND WHOSE INSPIRATION WE WILL ALWAYS CHERISH AND CARRY WITHIN US. FOR THEM, THESE NEW CITIES ARE WROUGHT THROUGH EXCELLENCE, CAST IN TRUTH, TEMPERED IN KNOWLEDGE AND FORGED IN THEIR SPIRIT. WE WILL ACCEPT NOTHING LESS, AS THEY ACCEPTED NOTHING LESS IN THEIR PURSUIT OF EQUALITY, FREEDOM, JUSTICE AND PEACE.

“Transitions” is the second installment in the Paradise series. Transitions follows the progress and misfortunes of the PAASG as they attempt to “equalize” American society with the intrepid introduction of their Nexus (New Cities).

In this epic, we experience the promise of the Awakening as seen through the eyes of one family physically transitioning to the Nexus along with thousands of others. With hope in their hearts, they leave behind everything for a new social order and new freedoms while encountering new fears in the the cosmetically “angelic” Nexus.

Additionally, we are introduced to the Nexus’ premier citizen – Tamaket Abd el-Aal wa. Tamaket plays a pivotal role in the formation, rise and expansion of the Nexus as her magnificent legacy is ravenously ingested into a new black society that dares to transcend all norms and boundaries.

There are no reviews yet.

Only logged in customers who have purchased this product may leave a review.