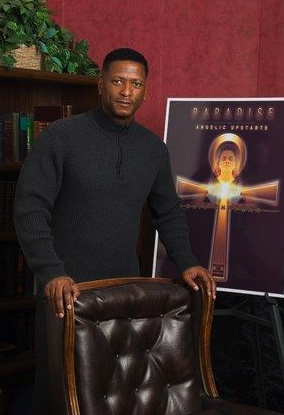 Wanna hear a crazy story? Once, while trying to prove my U.S. citizenship to obtain a passport, a confused county clerk and I ran into something of a mystery. She had been searching through the archives for my birth certificate when she discovered that someone named Eric Chapman and I had breached the reasonable bounds of coincidence by sharing an inordinate amount of uncanny similarities.

It seems Chapman and I were both born in the same hospital in Newark, New Jersey on the same day, the same year and at the same time. Maybe not very extraordinary singularly, but the certificates were filed under the same family surname and were both signed by the same physician, witnessed by the same attending nurses, and had the exact same comments in the “Status of Live Birth” section.

The clerk found the quagmire when she looked under my name and found a child named Eric Anthony Chapman.

“Have you ever changed your name”? she asked me.

She shook her head and went back to her search. The next file she retrieved was also mine. She compared the two. Except for the names, they were identical. Cranial-rectal inversion by the records people? Maybe.

The mystery further compounded itself as I later found out from talking to old friends that Chapman had lived on the same street I lived on in Newark, New Jersey and had attended Blessed Sacrament Grammar School, Essex Catholic High, St. Benedict’s Prep and even Rutgers University – my schools! Even more peculiar is that he and I both joined the Air Force in the same year and were in the same training flight. Now the real conundrum is we were based at the same installations in the United States as well as overseas in the same units, in the same buildings and even had the same restricted area badge number, but we had never met. Even as ridiculous as this all seemed, I relegated it to chance and thought no more of it, until later…

After I retired from the Air Force, I went to the Colorado Springs county courthouse to register my DD 214 as a permanent record, and to my consternation and disgust, I found that one had already been filed under my social security number. Guess whose name it was already filed under? I also learned that he worked for the same Department of Defense agency that I did, but fate being as unpredictable as it is, we even had the same bad-tempered boss at one point. Utilizing some of my agency’s resources and the power of the Internet, I found out that he is married to a woman with the same name as my wife, has three children who all have similar names and lives in the city that we do.

Now I suppose in this world of incredible possibilities, parallel universes and dimensions, spatial-time rifts and the sort, this is conceivable, but I have to wonder if some other superior power is somehow trying to fuse us together to solve some galactic enigma or something. But on a less grander scale, maybe we were destined to join together just to commiserate about politics, kids, grandkids and college bills. If on some crazy multi-dimensional plane we are the same, but different person, perhaps he and I are traveling over and through new horizons just seeking fulfillment in our limited lives and I should embrace him. Nah, I’m not into that guy-hugging thing.

Oh yes, one other similarity I learned about Mr. Chapman – he loves to write. But I know the parallels end there. He writes strictly from personal experience and I write original contemporary fiction and thrillers. There’s no possible way he and I could even remotely write in similar fashion even though we might have shared comparable life experiences. Could we? Well, if we aren’t the same person and he tries to peddle a manuscript called Paradise – “The Angelic Upstarts”, I’ll know it’s a rip-off, and my next piece will be “How to Murder an Inter-dimensional Thief and Get Away With It!”